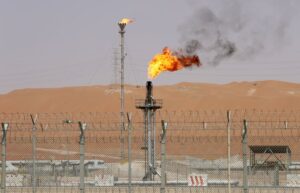 Saudi Arabia has lowered the price of Arab Light crude for Asia and Europe for June, according to a price document released by oil producer Saudi Aramco on Sunday.

The price of benchmark Arab Light crude sold in the US in June was unchanged from the previous month at $5.65 a barrel above the Argus Sour Crude Index (ASCI).

The price of Arab Light crude sold in the Far East in June was $4.40 a barrel above the average for Oman and Dubai, compared with a price differential of +$9.35 in May.

The world’s largest oil exporter raised oil prices for all regions in May, with oil prices in Asia hitting record highs as fears of Russian oil and gas supply disruptions caused turmoil in international energy markets.